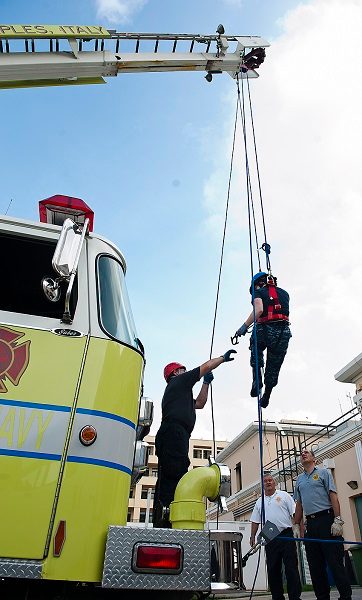 After 10 years of training and experience in busy fire companies, I was fortunate to become an officer on ALS Rescue Co. 1 in Providence, Rhode Island. Comparatively, few crews handle emergency medical services (EMS) in Providence, and we were “out” far more often than we were “in.” The opportunity to be first on scene at building fires was always there, and it happened often. My experience helped considerably.

After using proper channels to report on the fire and giving clear, concise communications to incoming crews, I was able assess life threats, locate hydrants, find roof access, and gain an awareness of exposures. When fire crews arrived, I dressed hydrants, flaked lines, turned off utilities, and made myself as helpful as possible while not becoming overly committed so I remained available for victims.  This sounds easy, but it is far from it.

The only way I could pull it off any level of effectiveness arriving first at a fire was because of my past firefighting experience. When I told a second-due Engine Company that I had the hydrant, they believed me. When I informed the incident commander that there was an exposure risk on Side 3, he allocated resources without seeing it for himself. If I thought I saw a victim in the rear second-floor window of a house, I knew that it helped to report it as “Sector 2, Quadrant C.”

Fire and EMS work together on EMS calls. We have our silly little turf wars and resentments, but we somehow manage to be professional (most of the time). It is far more common for firefighters to do EMS work than it is for medics and emergency medical technicians (EMTs) to do fire duty. Because of a varied response system, not all fire and EMS crews are accustomed to working together. Combination departments have the best opportunity to hone all of the skills needed to be effective, but not all of us are as fortunate.

By putting petty rivalries aside and keeping our egos in check, we have the opportunity to learn from each other. People are not born with the ability to perform at a fully-involved building fire with possible occupants, but they can learn to take part in a safe, effective manner. People who have trained as first responders, police, EMTs, and firefighters are wired to act. Sometimes, acting gets us injured or even killed. We will run into a burning building without a line if we hear cries for help; it’s just the way we are. By training and gaining proficiency at specific tasks, the EMS crew can become an effective part of a firefight.

Some Things to Consider

By using the inherent personality traits first responders are born with, we can teach each other how best to perform on an emergency scene. Nobody expects an ambulance crew without gear to save the day, but we can expect them to assist. Training is key.

Taking the initiative to organize joint training exercises results in a more cohesive group of first responders. There is nothing negative about spending time with the volunteer fire company if you are working in private EMS or if union firefighters are training with a volunteer ambulance company. By putting the public we are sworn to protect first, the rest comes naturally. Teaching an EMT about apparatus placement prior to a response is far better than barking out orders like, “Get that thing out of our way!” when lives are at stake. Showing a medic how to dress a hydrant instead of ignoring him at a fire scene saves time and increases the pool of people available for attacking the fire and making rescues. 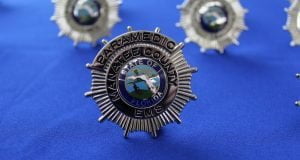 Thanks to Training, Manatee County (FL) Among the Safest of Drivers 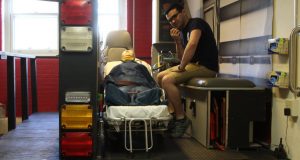 Building the ‘Simbulance’: An Ambulance Simulator 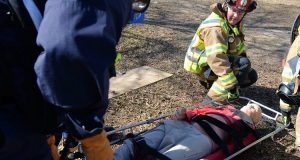 Why EMS Cross-Training is a Great Idea 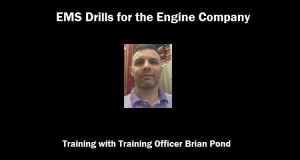 EMS Drills for the Engine Company 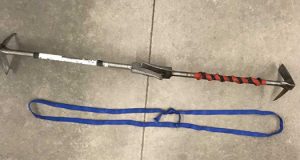 Keep Your Students Engaged in the Classroom Through Teamwork