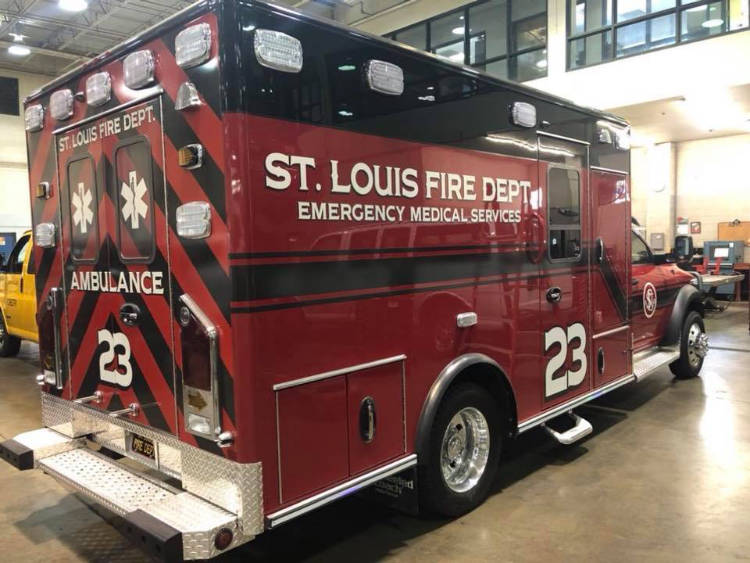 An ambulance, like the one pictured above, was involved in a drive-by shooting this weekend in St. Louis. (Photo/St. Louis Fire Dept. Facebook)

ST. LOUIS – No one was hurt when a St. Louis Fire Department ambulance was hit during a drive-by-shooting this weekend, according to a report.

It happened around 3:15 p.m. in the city’s Carr Square neighborhood, KSDK-TV reports. St. Louis police told the station a person inside an SUV began shooting at a pickup truck. The pickup then hit the ambulance head-on.

The tuck appeared to have a bullet hole in its windshield. Police said no one was hurt.