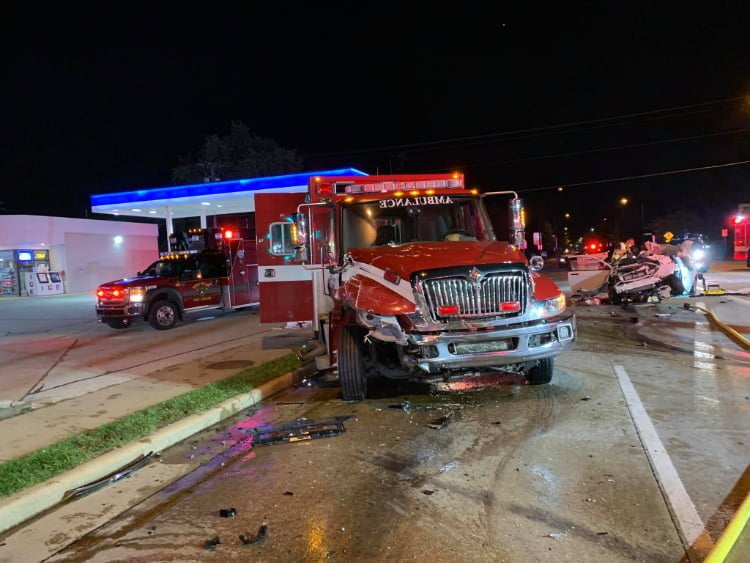 Wisconsin State Police say a civilian is dead and another critically hurt after a car and an ambulance collided at an intersection.

The crash happened Tuesday around 4:25 a.m. at Johnson and Main streets in the city of Fond Du Lac, about 60 miles north of Milwaukee.

Police say the car did not stop at the red light and struck the ambulance.

The passenger in the car died at the scene. The driver of the car was trapped, extricated and air-lifted to the hospital with what’s being described as serious, life-threatening injuries, police said.

The ambulance crew and patient being transported in the ambulance sustained minor injuries. The crash remains under investigation.