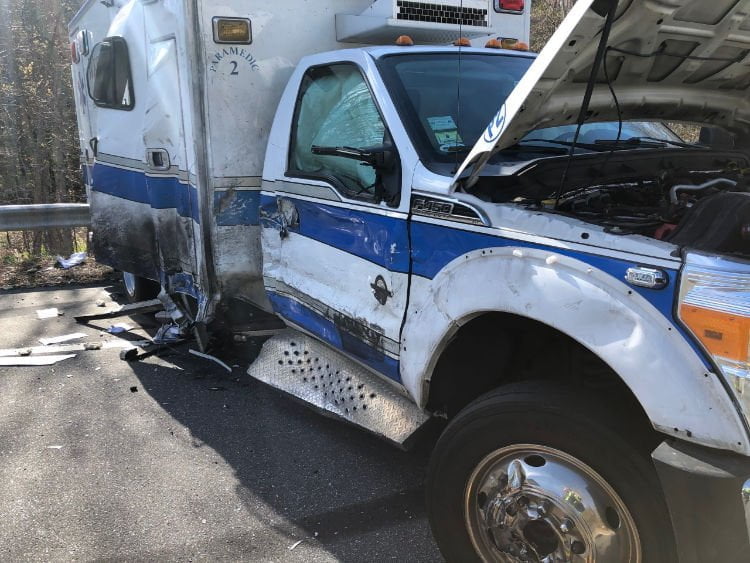 Charlton Police and Fire Department personnel in Massachusetts, along with Charlton and Southbridge EMS, responded to a two-vehicle accident on Route 169 on Tuesday involving a Webster EMS Ambulance and a pickup truck.

Initial investigation indicates the pickup truck was traveling south on Route 169 when it crossed the center line of the road and collided with the ambulance.

The paramedics, and the patient they were transporting, were taken to the hospital with non life-threatening injuries.

The driver of the pickup was uninjured.

The road was closed until the vehicles could be removed.

The crash currently remains under investigation by the Charlton Police. 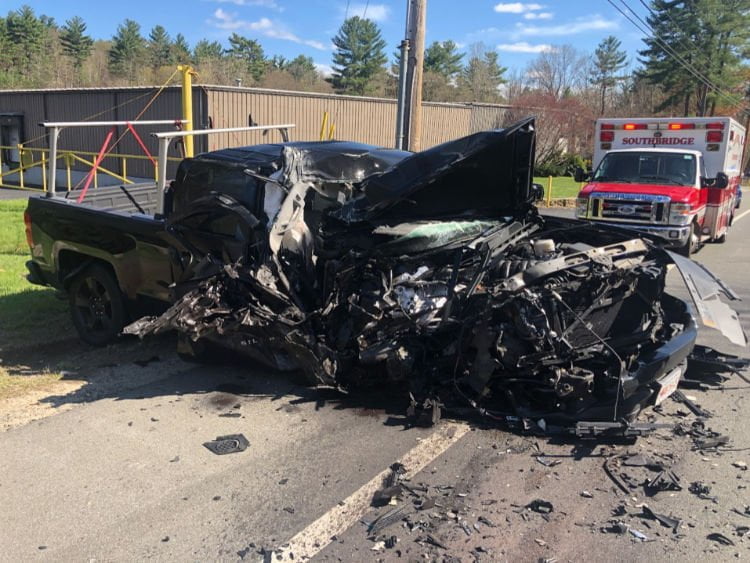